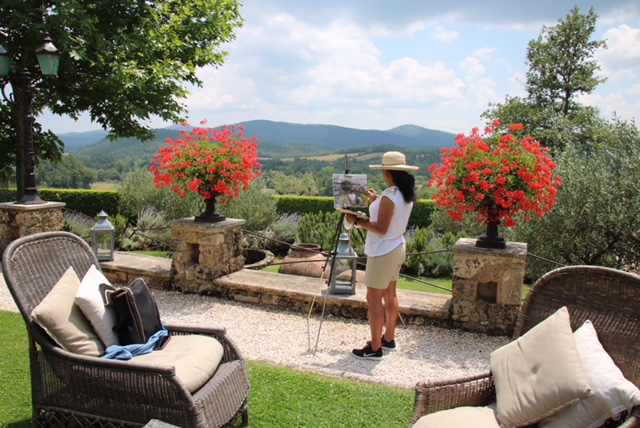 Michelle René’s love of painting began in the early 90s when she was fortunate enough to study oil painting with the late master painter, Edward Loper, Sr. For over 15 years working with Mr. Loper, she honed the classical and modern techniques and refined her unique sense of color and light. She has been invited as a guest artist to several prestigious art residencies around the world including France, Spain, Canada, Italy, Ghana, Nigeria, Benin, Togo, and Martha’s Vineyard.

Michelle René has taught traditional and digital art in Europe and the US for over 25 years including launching the first computer graphics program at the University of Maryland. She also taught at the University of Delaware, Montgomery College of Visual Art and Design, Delaware College of Art & Design,  Lincoln University, the Studio Museum in Harlem, and the Metropolitan Museum of Art. Michelle René is currently the Chair of the Studio Art Department at a Washington, DC school.